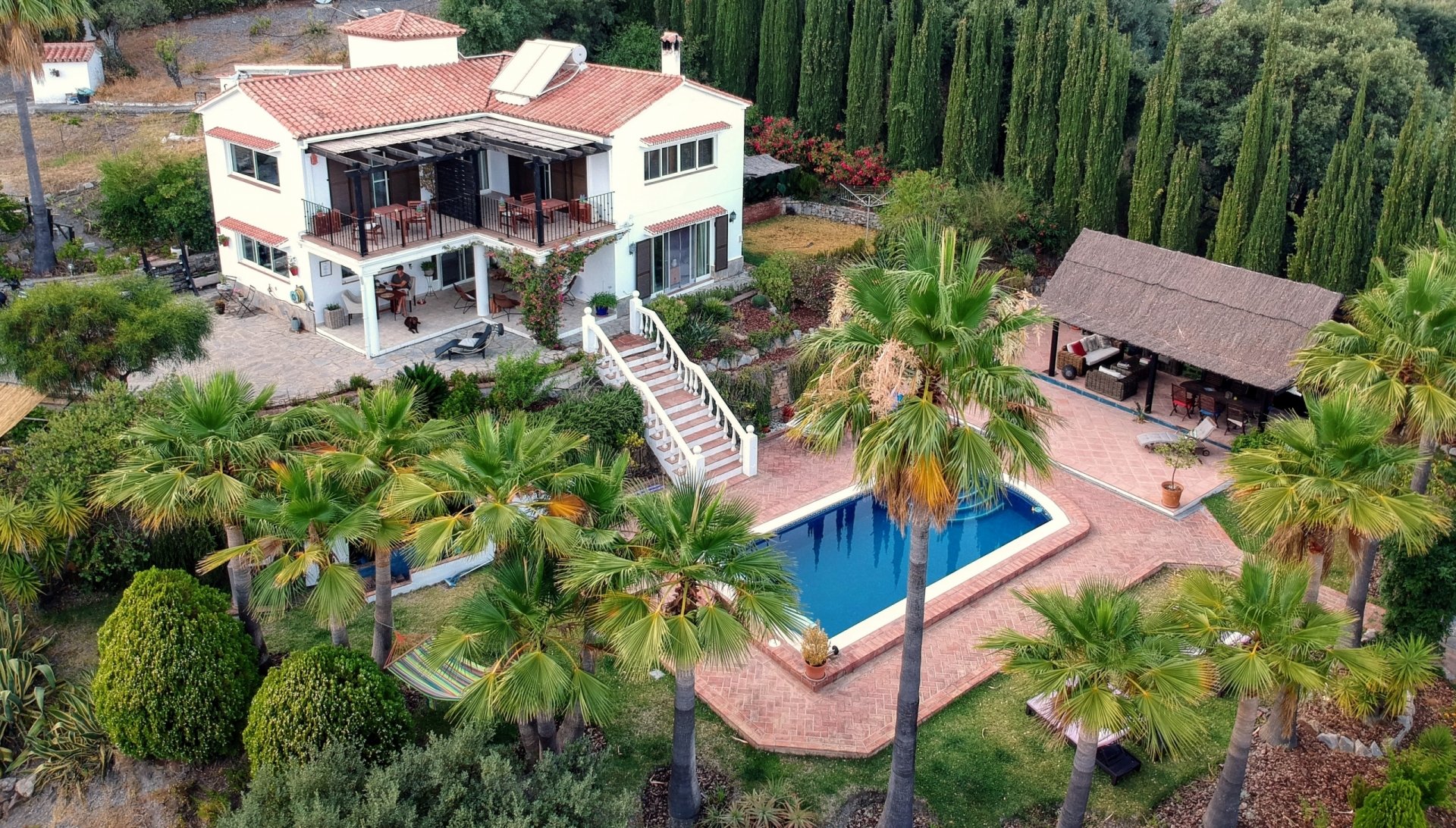 Kia Ora Retreat is nestled in a green lush valley just outside the whitewashed village of Casares, with stunning views of the Mediterranean Sea and rolling hills of Andalucia. Tugged away in the beautiful valley of Celima La Manga surrounded by a true nature reserve. The luxurious villa is very secluded and has a beautiful lush garden with palm trees and a large swimming pool. The views from every angle are magnificent. Silence can still be heard here and one shares this secret getaway only with the birds and butterflies.

The Large bedrooms at Kia Ora Retreat have their own private en-suite bathrooms and each with a large balcony with stunning views. The rooms are equiped with AC, WIFI, TV, music box and hairdryers. Enjoy every morning you a healthy breakfast outside on our sunny terrace.
Guest are free to roam around the large gardens, relax at the private lounge areas, take a hike into the surrounding nature reserve or make use of the swimming pool with an Ibiza style outdoor kitchen.
The sandy beaches and beautiful golf courses are only 20 minutes down the road. The old village of Casares is within walking distance of the villa.

Andalucia is the Spain of the imagination, a dreamy, sun-kissed land where passion, poetry, and drama collide. Fearless matadors, fabulous festivals, and foot-stomping flamenco symbolize this emblematic region. Whispering the legacy of a bygone era, crumbling Moorish castles and old Jewish quarters have a subtle seduction.

Ancient mosques and synagogues were replaced with Christian churches after the Reconquest, but the romance of the past remains. Look for swirling Arabesque patterns in Islamic architecture and listen for melancholy notes of Gypsy soul in the strumming of Spanish guitar.

From the glorious cathedral of Seville to the magnificent Alhambra palaces in Granada and the Great Mosque of Córdoba, Andalusia has some of the most thrilling monuments in the world.